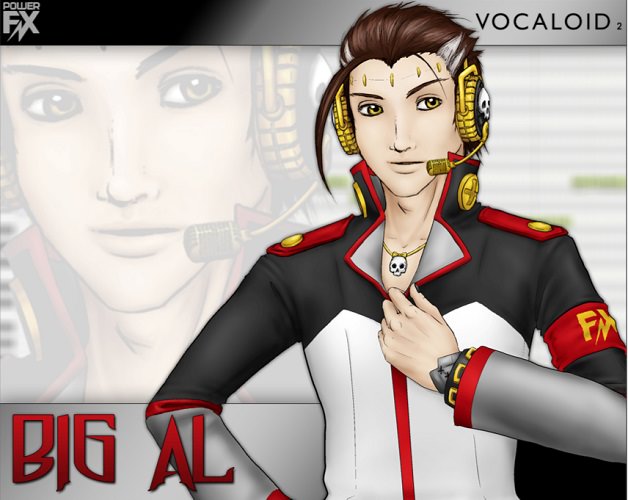 BIG AL is a voicebank for the VOCALOID2 singing synthesis engine. He's developed & distributed by PowerFX. He operates in the VOCALOID2, 3 and 4 editors, but he cannot be ported to V5. 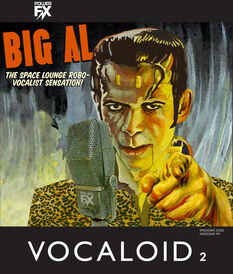 When it comes to early VOCALOID development, BIG AL was quite the unusual case. Though he was intially announced in 2007, BIG AL would come to face multiple delays and setbacks until he was released in 2009. This long delay would inspire fans to coin the term "Big Al Syndrome" referencing similarly lengthy production cycles.

PowerFX had originally recorded an Elvis impersonator named Michael King for AL's voicebank, but once demos were released, it became apparent that his voice was rather unstable and glitchy. In addition, his initial box illustration (which was styled to match Sweet Ann's retro monster-movie look) was met with strong criticism from the VOCALOID fanbase.

In response, PowerFX surprisingly scrapped both voicebank and design. BIG AL was subsequently re-recorded by a PowerFX employee named Frank Sanderson, and the company commissioned Ash/accelagirl — a well-known VOCALOID fanartist — to redesign him. She created a more VOCALOID-like (read: Crypton-inspired) character, while still maintaining aspects of the original Frankenstein design.

Thanks to the additional care taken by PowerFX, BIG AL's new design and voice made him immediately popular within the Engloid fan circles, when he very well could have ended up a marketing disaster.

Years later, BIG AL would receive a second retail packaging release for sale in Taiwan, along with other voicebanks from Zero-G and PowerFX. The company handling Taiwanese distribution, e-capsule, created new designs for each VOCALOID in the released set.

Strangely enough this design also featured a new age and profile, so this AL soon became known as Tai-AL by fans and is often treated as an entirely separate character. 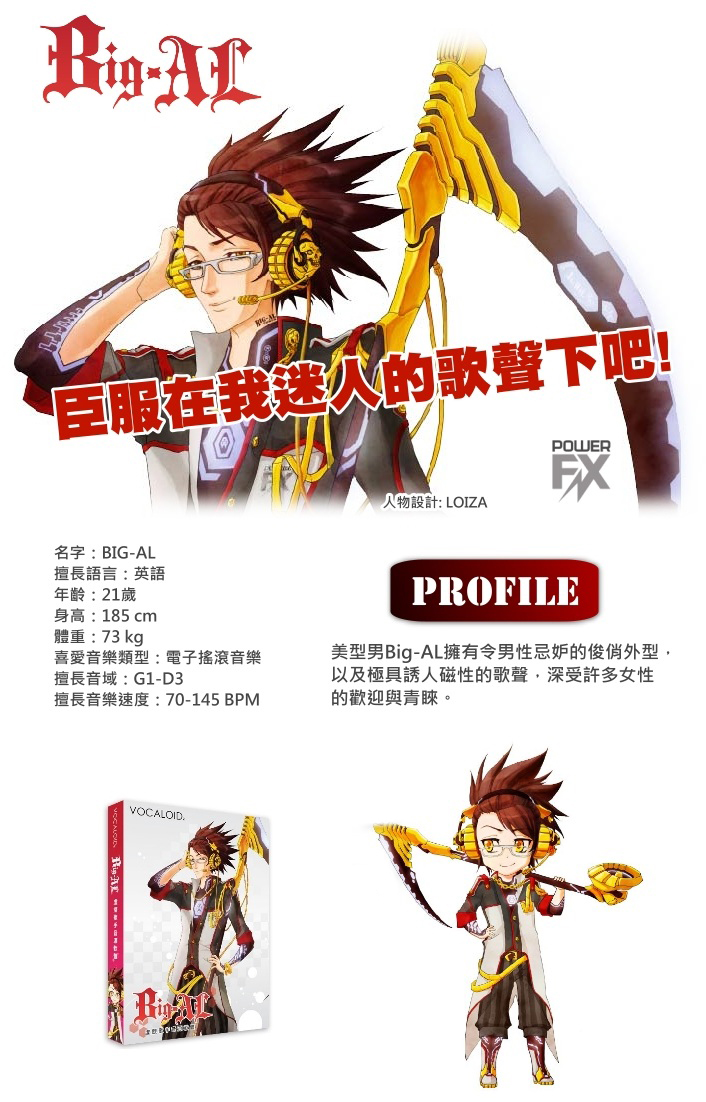 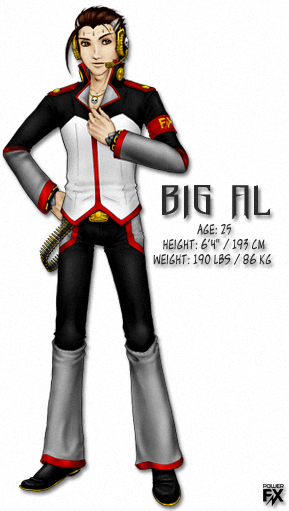 Look at this handsome man.